This research was conducted to investigate the effect of zinc oxide Nanoparticles (nano-ZnO) in diets on the performance, antioxidant status, enzymes activity and some hematological parameters of broiler chickens. A total of 600 one–day-old male Ross 308 broilers were allocated to four treatment groups with five replications of 30 each from day 1 to 42 day of age. The birds were continuously diets supplemented with 0 (control), 10, 20 and 40 mg/kg of nano-ZnO as four experimental treatments. Average daily gain (ADG), Average daily feed intake (ADFI) and feed conversion ratio (FCR) were measured from 1 to 42 d of age. Triglyceride, high density lipoprotein (HDL), activity of alkaline phosphatase (ALP), Aspartate transferase (AST), alanine transferase (ALT), creatine kinase (CK), Total antioxidant capacity (T-AOC),‌ superoxide dismutase (SOD), Malondialdehyde (MDA), and Glutathione peroxidase (GPx), were measured at 42 d of age. Broilers receiving 10 mg/kg nano-ZnO had significantly (P0.05) affected by treatments. In conclusion, the results of this study showed the inclusion of 20 mg/kg nano-ZnO improved the growth performance and antioxidant status in broilers.

Zinc (Zn) is an important mineral with diverse functions in mammals and birds such as in nutrient metabolism, as a component of numerous metalloenzymes, appetite control, regulation of the immune system, oxygen free radical scavenging, and in transcription factors. Furthermore, Zn enzymes are involved in the synthesis and/or breaking down of carbohydrates, lipids, proteins, and nucleic acids, and encompass all known classes of enzymes (Liu et al., 2011). Zinc is capable of reducing post ischemic injury to a variety of tissues and organs through a mechanism that might involve the antagonism of copper reactivity. It is also reported that Zn is a necessary part of a superoxide dismutase enzyme in the antioxidant defense system. Although the evidence for the antioxidant properties of Zn is compelling, the mechanisms are still unclear. In poultry, Zn deficiency leads to decreased feed intake and collagen formation, in turn leading to lesions on the skin, delayed wound healing, long bone malformation, and poor feathering (Park et al., 2004).

The NRC (1994) requirement for Zn in broiler chickens is 40 mg/kg. In the broiler industry, it is a common practice to formulate diets containing 100–120 mg supplemental Zn kg−1 (Feng et al., 2010).  Therefore, Zn has been used extensively as a feed additive in poultry diets. It has been reported that the effect of Zn varies from different sources, organic or inorganic; on the production performance (Zhao et al., 2014).The bioavailability of organic Zn is higher than that of inorganic Zn, but the application of organic Zn in animal diets is limited due to its higher cost (Zhao et al., 2014). In animal production, to meet the needs of animals, the added concentration of inorganic Zn is 20-to 30-fold higher than the normal requirement, due to the low utilization rate of inorganic Zn (Bratz et al., 2013). However, high dietary Zn can lead to an excess in the stool, causing environmental pollution. Furthermore, high Zn supplementation may affect the balance of other trace elements in the body and reduce the stability of vitamins and other nutrients, and long-term application can cause Zn residue in the animal body (Zhao et al., 2014).

Compared with ZnO, nano-ZnO has a stronger chemical activity and participates in oxidation reactions with a variety of organic compounds. In addition, the permeability of nano-ZnO can also help prevent adverse gastrointestinal reactions and improve the absorption of medicine (Zhao et al., 2014). However, it is unclear whether nano-ZnO can improve growth performance, mortality and antioxidant status of broilers. Therefore, the main objective of the present research was to investigate the effects of nano-ZnO on serum enzymes activity, growth performance, blood parameters, and antioxidant status in broilers from 1 to 42 days of age.

A total of 600one-day-old male Ross 308 broiler chicks were randomly allocated to four treatments in a completely randomized design. Each treatment consisted of five replicates (cage) of 30 birds each. Birds were reared in floor pens and in an environmentally controlled house with a 23:1 light:dark cycle. The experimental birds had ad libitum access to water and mash diets (Table 1). Four experimental treatments were based on supplementing the diet with 0, 10, 20 or40 mg/kgnano-ZnO. The nano-ZnO was provided by the US Research Nonmaterial’s, Inc. (Houston, TX 77084, USA). The product was a white powder with a measured nano-ZnO content of purity ≥99%. The sizes of the nano-ZnO were 35 to 45 nm with an average of 40 nm.

The serum were removed and stored at –20°C until further analysis. Serum concentrations of cholesterol, triglyceride, HDL and the ALP, CK, AST, and ALT enzyme activities were measured using an autoanalyzer (Autolab, PM 4000, Auto-analyzer Medical System, Rome, Italy) according to the instructions in the kits (Sigma Chemical Co, St. Louis, MO 63178-9916, USA).

Activities of glutathione peroxidase (GPx) and superoxide dismutase (SOD) were measured in 2 mL whole blood, washed and centrifuged (748 g for 10 min) three times with 0.9% NaCl (Hosseini Vashan et al., 2015). The washed-centrifuged erythrocytes volume was made up to 2.0 mL with cold redistilled water. Then, the lysate was prepared based on the instruction in the kits manual RANSEL and RANDOX (Ransel, RANDOX/RS-504 supplied by Randox Laboratories, Crumlin, UK) to determine the activity of GPx and SOD, respectively. The absorbance was read spectrophotometrically (Alcyon300, USA.) at 340 and 505 nm for GPx and SOD, respectively.  Serum MDA concentration was measured in accordance with Yagi. (1984) by spectrophotometer at 520 nm, and expressed as nmol/mL TBARS (thio-barbituric acid reaction substances) index.

Data were analyzed as a completely randomized design using the GLM procedure (SAS 9.1 institute 2002) and mean separation was performed by the Tukey’s test (P

The effects of treatments on broiler growth performance are presented in Table 2. The birds receiving nano-ZnO had significantly (P (Ruth and Donald, 2000) and has many desirable properties, such as strong chemical activity, oxidation reactions, and permeability (Zhao et al., 2014).

Table 3 shows 20 mg/kg nano-ZnO tended to increase the serum cholesterol. These results are consistent with those of Roberson and Edwards, 1994, who reported that there is a significant elevation in the serum HDL and cholesterol for the subjects in the zinc supplemented group. These researchers suggested that increased level of HDL and cholesterol is probably due to improvement in calories and fat intake after zinc supplementation. Additionally, it has been reported that zinc-deficient diets are accompanied by decreased plasma total cholesterol, LDL, HDL, and triglyceride concentrations. This can be due to diminished absorption of dietary lipids in addition to decreased intake of fat and calories intake (Wu and Sun, 2004). It is also congruent with the findings of (Hazim et al., 2011) that showed that supplementation zinc of diet in broilers increased plasma total cholesterol. These researchers suggested that an increase in the amount of cholesterol ingested slightly increases the plasma cholesterol concentration. Moreover, a change of cholesterol levels in blood plasma may be due to the zinc’s role in enzyme action in that zinc forms an integral part of several enzymes (metalloenzymes) that are severed in lipid digestion and absorption (Hazim et al., 2011).

Table 4 show 20 mg/kg nano-ZnO increased ALP activity, but had no significant effect on ALT, CK and AST activates. This finding is inconsistent with (Fazilati, 2013) who reported that nano-ZnO (25-200 mg) showed significantly increase (P

Ahmadi et al., 2014, reported nano-ZnO had no significant effects on ALT and AST activities in serum of broilers. Some researchers have also concluded Zn supplementation increased ALP activity in plasma (Levengood et al., 2000; Peretz et al., 2001). The significant increase in serum ALP activity in birds by 20 mg/kg of nano-ZnO as compared to other group may be attributed to the action of vitamin D3, which has several effects on the intestine, kidneys and bones, increasing absorption of calcium into the extra cellular fluid and possibly promoting the formation ALP in the epithelial cells (Guyton and Hall, 2006). In addition, increased ALP activity may be attributed to increased concentrations of cholesterol by nano-ZnO (Table 3). Zaghari et al., (2009) reported that progesterone injection of broiler breeder pullets (20 week of age) affects serum glucose, triglycerides and cholesterol concentrations of hens. Therefore, the increase in the corticosteroids hormones secretion, epinephrine and norepinephrine leads to elevated ALP activity, but the mechanism is not totally clear (Al-Darraji, 2008).

There were significant differences were observed in the SOD activity and level of MDA in serum (Table 5). 20mg/kgnano-ZnOsignificantly (P

Table 5. Effect of zinc oxide nanoparticles on the concentrations of MDA, T-AOC and antioxidant enzymes in broiler chickens

a,b:Within columns, means with common superscript are not different (P>0.05)

Addition of 20 mg/kg nano-ZnO to the broiler diet improved the growth performance and reduced serum concentration of cholesterol and malondialdehyde.

We would like to thank the anonymous reviewers for reading and commenting on an earlier draft. The research was partially supported by a Research Grant from Payam-e Noor University. 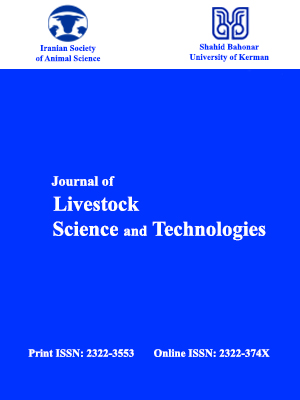